For information on St Winifred’s extension plans, please click on this item under QUICK LINKS – in the margin just to the left. 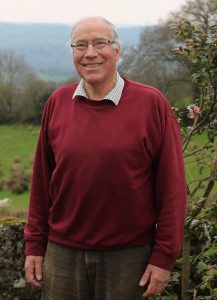 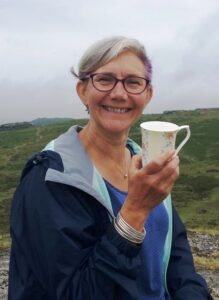 St Winifred’s Church is one of the focal points of Manaton, occupying a prominent site in the upper part of the village on the north side of the village green.  Lying in the lee of Manaton Rocks and thus sheltered from the north, the view to the south is across to Hayne Down and Bowerman’s Nose, a marvellous vista of the moor as you stand in the south porch.

The oldest parts of the present granite-built church are the nave and chancel, both built in the early fifteenth century.  Later that century, the north and south aisles were added, with the tower also being built either then or shortly after.

An outstanding feature of the church is the late 15th century carved and painted screen. The chancel was rebuilt following its destruction by lightning in 1779. There were major restorations of the building in 1865 and further works in the 1920s.

For the first 150 years or so of the present church’s existence, Catholicism prevailed, and during this time, about AD 1500, the rood screen was built, with its Tudor Rose and Fleur de Lys decorations, commemorating many Christian saints and martyrs.  When the Reformation came to England towards the middle of the sixteenth century, a decree from the Privy Council in 1548 ordered all superstitious images to be taken down or defaced.  It was almost certainly at this time that all the figures on the screen were defaced and the statues on the top removed.

Other historic graffiti are of great interest – as may be seen if you visit the website of the Devon Historic Graffiti Survey by clicking here.

A detailed description of the organ at St Winifred’s may be found by clicking here.

St Winifred’s is adorned with five stained glass windows.  At the west end of the church stands a tower, 76 feet high and about 500 years old.  The tower clock, installed in 1934 in memory of Charlotte Kitson, strikes every hour and can be heard in all parts of the village.  For many years the tower suffered from damp, and in 1931 a fund was started to provide a rendering for the whole tower and the western end of the south wall.

Much older than the clock – and even more audible – is the set of bells, housed within the tower.  In fact, in the set of six bells there are three which are as old as or older than the tower itself, with Two of the bells dating as far back as the 1440s.  In 1934, all the bells were taken down, repaired, retuned and rehung on strengthened frames – a very necessary operation considering the bells altogether weigh 33 hundredweight, 3 quarters and 11 pounds – or in excess of 1½ tons!

With bells go bell-ringers, practising an ancient and traditional skill, proclaiming imminent services at the church as well as marking times of celebration and, with muffled peal, sadness.  As far as we are able to tell, a local team of bell ringers has existed without interruption and peals have been regularly rung.

The interest in St Winifred’s, however, lies not only in the building and its interior but in the churchyard and the surrounds of the church.  Just in front of the flagstaff, given in memory of Brigadier Welchman, stands the village War Memorial – erected in 1921 to commemorate originally those who fell in the Great War, 1914-18.  Later were added the names of those who fell in the Second World War, 1939-45 – all these including names from many well-known local families.  There, in the shadow of the ancient church, those who gave their lives in the two world wars are remembered annually early in November at the Service of Remembrance, led by the local branch of the Royal British Legion, at which a roll of honour is read and a wreath is laid at the foot of the War Memorial.

The cross provides every Dartmoor Guide with a good tale.  The Reverend Sabine Baring-Gould wrote in A Book of Dartmoor, published in 1900: ‘In the churchyard was a fine granite cross.  A former rector, the Reverend C Carwithen, wantonly destroyed it in the night.  The people had been wont at a funeral to carry the corpse the way of the sun thrice round the cross before interment.  He preached against the custom ineffectually, so he secretly smashed the cross.

Prays for the Fifteenth Sunday after Trinity

God, who in generous mercy sent the Holy Spirit upon your Church in the burning fire of your love:
grant that your people may be fervent in the fellowship of the gospel that, always abiding in you, they may be found steadfast in faith and active in service;
through Jesus Christ your Son our Lord,
who is alive and reigns with you,
in the unity of the Holy Spirit,
one God, now and for ever. AMEN

Lord God,
defend your Church from all false teaching and give to your people knowledge of your truth, that we may enjoy eternal life in Jesus Christ our Lord. AMEN